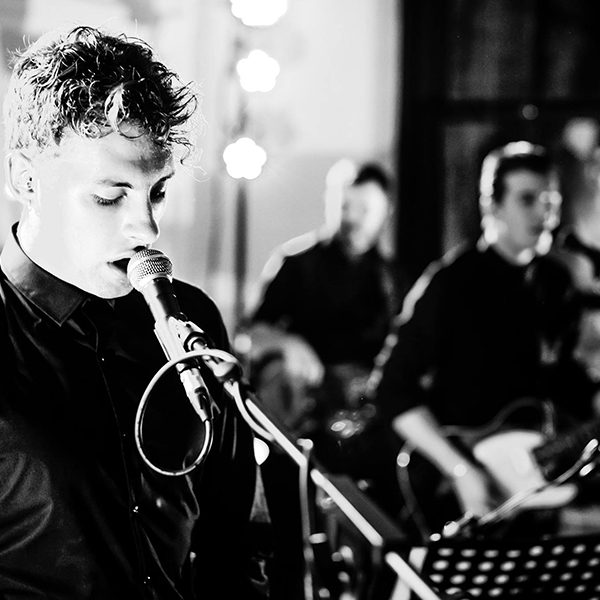 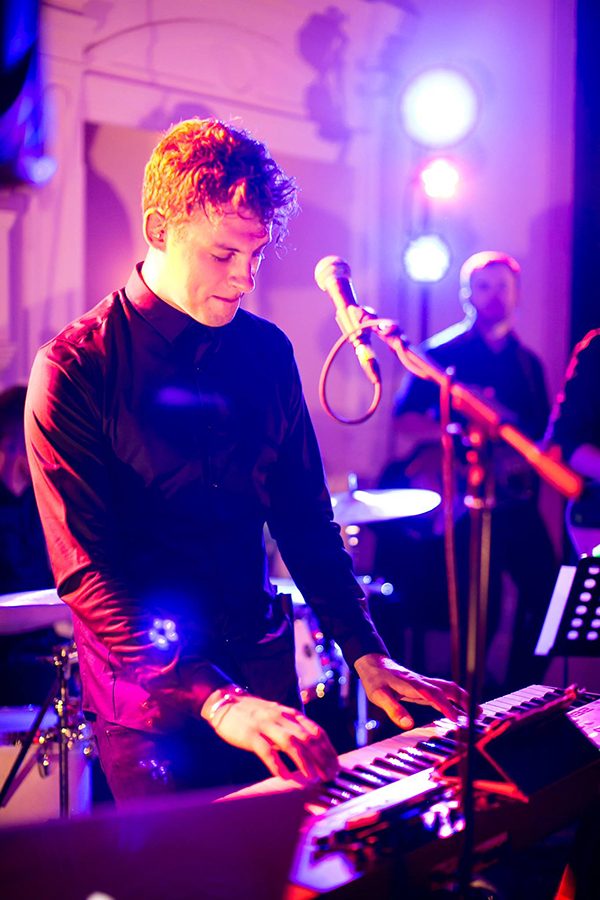 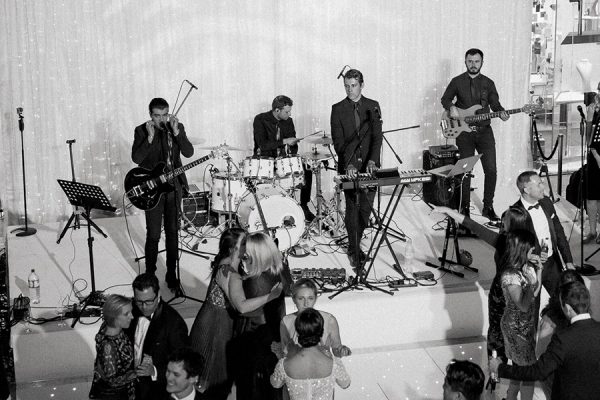 Bursting at the seams with talent and energy, Echoes raise the roof with a non-stop set of slamming party hits, from pop & soul to huge rock anthems. With a multi-instrumentalist, multi-vocalist lineup enhanced in sonic depth by specially produced studio tracks, this quartet packs all the punch of a band many times their size. Unlike almost any band on the scene, they add to this a powerful chemistry that can only come from a group who love each other’s company offstage as much as on! Slick, sharp, suited & booted, the boys will work your crowd to a frenzy on every show – guaranteed.

"They were excellent at our wedding and really got the audience going. We chatted in advance about how we could tailor the setlist to what our guests like and they didn’t disappoint. Lots of interaction with the crowd also helped make them a big pat of our special day."

"We hired them for our wedding reception in September 2016 and I can honestly say that we could not have possibly chosen a better group! From the initial emails with Steve to the end of the big day itself, the guys were nothing short of friendly, charming and utterly professional. Steve took a great deal of the stress away from the logistics point of view, ensuring the volume was right for our event space, arranging the set-up, and everything that went with it. Really, I had no need to worry about anything and focused instead on enjoying their amazing performances! Our guests were commenting on the quality of the music for a long time afterwards, everyone was truly impressed! I can't recommend them highly enough, they set the mood for the wonderful finale to our wedding celebrations that my husband and I will treasure forever."

"They were absolutely amazing at our wedding. The dance floor was packed from beginning to end!They were tremendously easy to deal with in the run up to the wedding, engaging with us every step of the way to make sure they provided what we were looking for. The band played a great mix of music, with something for everyone. All of the guests at our wedding thought the band were fantastic and wanted to know where we’d found them. They were professional throughout, arriving on time and setting up quickly. Whenever anyone asks if I know of a band, I’ll be certain to recommend them!"

"Thanks so much for playing last night. You and the boys did an awesome job, everyone's been saying what a great band!"

"They played at our Rugby Club awards dinner where they soon had everyone up and dancing. They tailored their set to suit the occassion perfectly. Thanks again for a brilliant night I will certainly be passing your details to anyone looking for an entertaining live band."

"We chose them to play at our graduation summer ball due to the good demos on their website but we were all absolutely amazed when we heard them live as they were even better than the samples! Everyone was on the dance floor from the start and wanted to know their names for future events due to their vocals, instrumentals and all round professionalism. Thank you so much for making our night a fantastic celebration!"